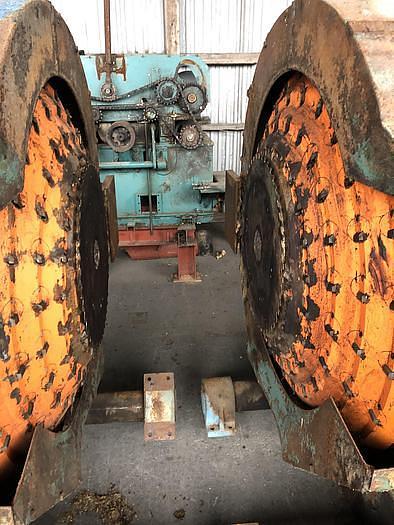 The duty of the Reducer band saw is to face the log / cant and then to saw parallel cuts so that a midsection and two planks are obtained. It is also possible to saw three or four cuts if one or two additional band saws are installed behind the reducer band saw.

Setting of the chipper discs and saw blades may be carried out manually or by means of position indicator cylinders. The design of the reducer band saw is such that it can be used for both sorted and unsorted timber.

The saw rests on two robust grider frames on which the round guides are placed. Two cast base blades, supporting the columns which carry the upper saw pulleys, run on these round guides. Two chipper discs are mounted at the front of the saw.